DAYTON, Ohio (WDTN) – A bed bug was found inside of a classroom at Wright Brothers Elementary School, according to Dayton Public Schools.

The classroom was fumigated, but parents have been warned to be on the lookout for bed bugs.

People should wash their clothes with hot water and use insecticides to get rid of bed bugs.

Travelers take note this might save you a lot of misery and MONEY!! If you do bring home bed bugs call Militerriers we will help you get your home back on track.

We need to be straight about something: there is really no practical way you can be 100% sure the hotel room you are staying in does not have bed bugs. To do a thorough inspection, not only would you need specialized knowledge, experience and perhaps an extra person: it could take you 2 hours and a few tools you probably don’t travel with.The point of this article is to help you reduce your level of risk to a reasonable level. And you can reduce your risk considerably if you are willing to spend about 10 minutes.

via How to Check Your Hotel Room for Bed Bugs in Under 10 Minutes.

Those pesky critters aren’t taking a spring break vacation to Florida this year it seems.

“I think it’s unrealistic right now to think that we will see within the next few years a reduction,” said Paul Wenning, a member of the Central Ohio Bed Bug Task Force.

The insect’s numbers have risen every year in central Ohio since tracking began in 2007. Wenning attributed the growth to a number of factors, from the bedbug’s ability to travel to the ineffective use of pesticides.

Beware when using public transportation or when traveling abroad. You may have an additional passenger with you.

“It often seems that bed bugs arise from nowhere. The bugs are efficient hitchhikers and are usually transported in on luggage, clothing, beds, furniture, and other items. This is a particular problem for hotels, motels and apartments, where turnover of occupants is constant. Bed bugs are small, cryptic and agile, escaping detection after crawling into suitcases, boxes and belongings. The eggs are especially tiny and are usually overlooked. Acquiring secondhand beds, couches and furniture is another way that the bugs are transported into previously non-infested dwellings. Bed bugs also can be carried in on a person’s clothing or shoes, resulting in an infestation.

Once bed bugs are introduced, they often spread throughout a building. The bugs can travel from room to room or floor to floor either by crawling or via a person. Unlike cockroaches that feed on filth, the level of cleanliness has little to do with most bed bug infestations. Pristine homes, hotels and apartments have plenty of hiding places and an abundance of warm-blooded hosts. Thus, they are almost as vulnerable to infestation as are places of squalor”

Bed bugs have made a comeback in a huge way, and researchers are finally understanding some of the causes. Militerriers can help search out the little critters, but it’s important to understand why people in Southwest Ohio are having so many problems.

“During the past decade or so, the resurgence of [bed bugs] has been recorded across the globe including North America, Europe, Australia, and Eastern Asia with an estimated 100 percent to 500 percent annual increase in bed bug populations,” the researches continue.

The bed bug revival has been blamed on many factors, including frequent international travel, the increased exchange of used furniture, and the insect’s resistance to insecticides.

Hotels are far from immune from the bed bug invasion. The famed Waldorf-Astoria in New York recently faced a third bed bug lawsuit. Travelers are encouraged to check hotel rooms for the tiny, rust-colored insects in mattresses and cracks.

The bugs are extremely resilient, and can live for a year without feeding. Bites from the blood-sucking insects cause itching but do not transmit serious diseases.

via Why Bed Bugs Won’t Go Away – AOL Travel News.

Bed bug genes may be altered due to pesticides

Bed bugs are studied throughout the region, and scientists are finding that the very pesticides that were created to exterminate them may be helping their numbers grow stronger. Because Southwest Ohio is a hotbed for bedbugs, it’s important to home and business owners to know what they are up against when fighting the pests.

As the war on bedbugs wears on, scientists try to understand the invasive pests so they can kill the suckers.

Now, Ohio State University researchers have conducted the first genetic study to identify pesticide-resistant genes the bugs carry. It may lead to new ways of controlling the bugs in the future.

“Right now, these studies are still preliminary and only scratching the surface of the bedbug genome,” said Omprakash Mittapalli, Ph.D., assistant professor of entomology at Ohio Agricultural and Development Center and corresponding author of the study. “But bedbugs could be a lot more complicated than previously thought.”

Mittapalli and his team analyzed laboratory-reared bedbugs vulnerable to insecticides, and compared them to pesticide-exposed bedbugs found in a local apartment in 2009 and 2010. Researchers identified more than 35,000 expressed sequence tags, tiny portions of a gene that can be used to help identify unknown genes and map their positions within the genome.

“The genetic bases for these genes could enable us to formulate newer development strategies that may be more effective than what we have right now,” said Mittapalli. “But a lot more studies need to be done, not only to identify candidate genes, but also to get a better understanding of the biology of the insect.”

The study, published in the journal PLoS ONE, found that there were differences in a gene, known as CYP9, between the bedbugs exposed to pesticides and the non-exposed bedbugs.

via Scientist Study Genetic Makeup of the Bedbug – ABC News.

Hello from the Bed Bug Detection Experts in Dayton, Ohio

If you suspect bed bugs in your home and need to know if you should call the exterminator, you have sniffed out the right site.

Bandit is trained to find bed bugs in all kinds of environments. Militerriers is a veteran-owned business that is highly-trained and can be relied upon to conduct pest searches in federal buildings, hotels, apartment complexes, nursing homes, theaters, hospitals and residences. 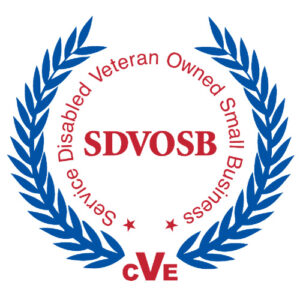